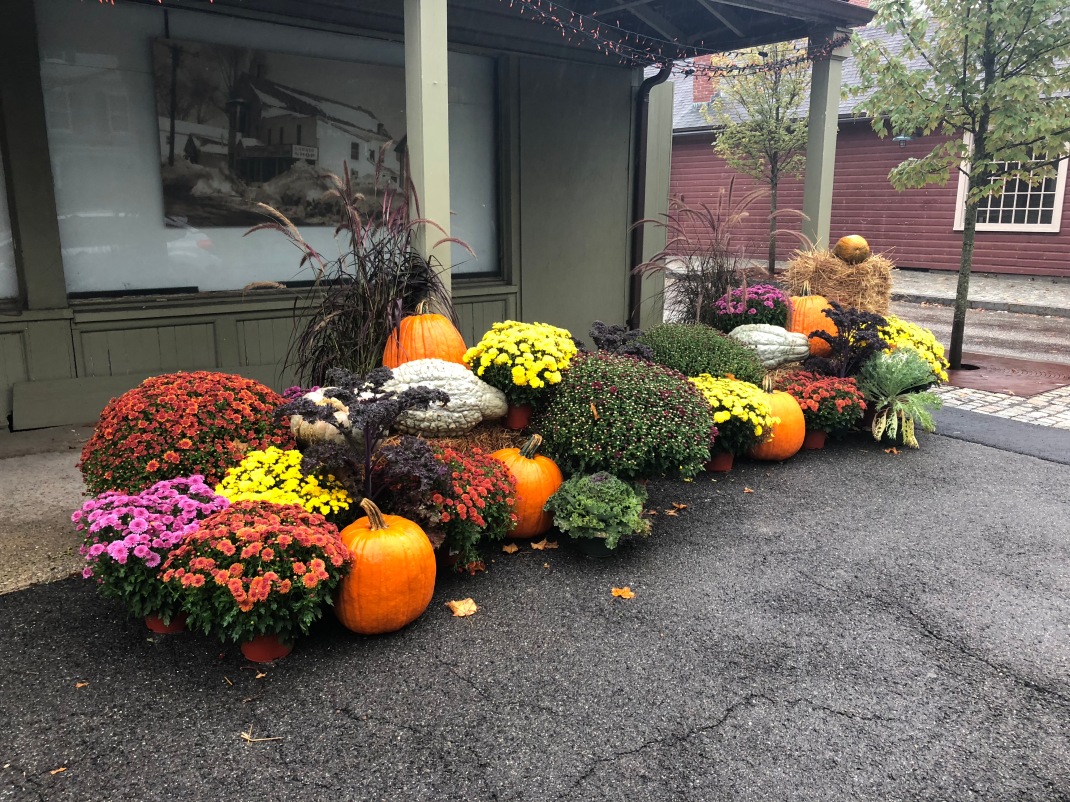 It used to be that Christmas decorations began to appear in stores shortly after Halloween and carols started playing on the radio the day after Thanksgiving. I don’t know when all that changed exactly, but it certainly has. It probably did so gradually, a week earlier this year than last, then another week earlier, and then another week, and so on, until we find ourselves where we are now. This year, holiday decorations were already out in craft stores by Labor Day, and my favorite Sirius XM station abruptly switched to 24 hour holiday music the day after Halloween! I call this “the Christmas creep.”

No doubt driven by the fevered anticipation of a retail frenzy, the urgency and angst created by this creep nevertheless affects more than just shopping to fill those stockings and buck up those balance sheets. Suddenly, the Sunday newspaper is filled with grocery coupons and ads for holiday specialty foods; catalogues for everything from Honey Baked Hams to Viking River Cruises stuff the mailbox; live fir trees, guaranteed to be dead by Christmas Eve in spite of Prolong, are trucked in from the Pacific Northwest and and set up for sale; schedules of holiday events urge you to “mark your calendars,” and “make your reservations”; even the first Christmas cards and party invitations from overly-eager friends start to arrive.  And it’s only November!

So where does that leave Thanksgiving?

It leaves it largely overshadowed and certainly under-valued as THE one truly American family holiday that everyone who lives here, even those who aren’t American citizens but who are somehow related to those who are, can honor and enjoy. For the 7-8 percent of Americans who are non-Christian and don’t celebrate Christmas (Jewish, Muslim, Hindu, and others), Thanksgiving is important as a culturally unifying and identifying holiday in which everyone can participate. For the other 22 percent of Americans who are religiously unaffiliated, and even for some of the 70 percent who identify as Christian but who don’t practice a particular religion, Thanksgiving can be celebrated without qualifying how or why, by just keeping the “thanks” in Thanksgiving. The faces of family members gathered around the turkey at the dinner table today might look very different from those pictured in Norman Rockwell’s famous 1942 painting, but they still celebrate the same shared American history and tradition of togetherness as ever. This year, it is important to remember that.

Now I understand that people love Christmas for a variety of reasons religious and otherwise, but many of us really, really love the fall season best of all.  For me, this time of year is calming and inspiring, even spiritually awakening. The colors, the temperatures, the crisp feel of the air make me slow down and think, turning my attention to the evolution of nature’s natural beauty, indeed to the evolution of life itself.  Of course, living in South Texas, I miss the brilliance of a New England landscape, though now that the weather has finally turned colder here, I find it easier to recall images of autumns past and to muster the mood for coccooning.

So, we harvest pumpkins, buy mums, and decorate the house with arrangements of pheasant feathers and fake fall leaves. We bake breads and muffins, can fruits and relishes, and replenish our supply of homemade chicken stock for the freezer.  With the season of plenty upon us, I feel reasonably happy and secure, especially once those Mallomars hit the shelves of my local supermarket! Thus fortified with a cookie and a cup of hot, black tea, I know I can withstand anything — even “the Christmas creep.”