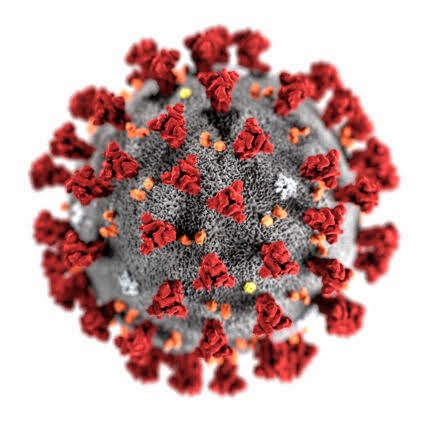 Since beginning in late January of last year, the Covid 19 virus has been center stage.  At first, it was the foreign invader, immediately suspect because of its origin, something to be concerned about, but contained. Then it became a bigger threat, a world player, much like a common adversary in war. Here at home, it was undersold, dismissed as a benign nuisance that would simply “go away.” When it didn’t go away and started to have profound effects on American life, it took on a larger social role, becoming a player in political gamesmanship and partisan identities. And while all the arguing and posturing were going on, the coronavirus continued to command the stage.

Operation Warp Speed amped up the drama. Ever since the Pfizer and the Moderna covid vaccines were granted emergency use authorization by the FDA back in December, the race has been on. The vaccines have indeed become a ray of hope for a nation, and a world, frozen by fear and anxiety over a deadly disease that seems to be out of control. Now at last, maybe there is “a light at the end of the tunnel,” a cliché so many keep repeating.

My husband and I entered this new section of  “the tunnel” along with everyone else when the initial rollout of vaccinations began. We were not immediately eligible in the 1A category for healthcare professionals and other essential workers, of course, but even with all the initial wrangling about hierarchies within categories and who’s on first and who’s up next, we soon realized that we would be eligible as seniors at some point in group1B. By this time, in early January, the coronavirus was raging here in Texas (along with everything and everyone else), and I began to hear of more and more people whom I knew who had contracted Covid. Suddenly, I felt as though we were all competing for life in a drama already ending in tragedy for so many.

And then we realized that the rollout wasn’t really rolling at all, that there was but a loosely contrived patchwork of providers varying from state to state and county to county and town to town. As vaccine eligibility opened up to 1B, lines of thousands formed at vaccination sites, many waiting for hours and hours amid total confusion over a distribution system that simply wasn’t in place: How do you find out where the distribution centers are? How many people can be vaccinated? How do you get in line? Do you just go down before daybreak and stand or sit or idle in your car and wait?  (Scenes of that scenario on  local San Antonio TV were reminiscent of the horrible sight of hundreds of cars in a food-pantry line here that had made the national news back in December.)

By Inauguration Day, hospitals and their staffs were at breaking points with Covid patients, the national death toll was pushing half a million, and I only knew one person (a friend in Seattle) who had actually secured an appointment for a vaccine. I started having bad dreams about being in a supermarket elbowing and pushing my way down a long, sparsely-stocked aisle in a race toward some rolls of toilet paper at the end. Evidently, my dreams were prescient: the Biden administration soon had to admit that not only were there major distribution snafus, but that there weren’t enough vaccines available to inoculate everyone who was eligible, much less everyone who wanted to be.

Ironically, these revelations and the sudden interruption in vaccine delivery seemed to give state and county officials time to redraw their priorities for distribution, and local hospitals and distribution centers time to figure out how they were going to dispense the shots equitably. Here in San Antonio, where there are huge areas, mostly in underserved neighborhoods, without broadband access, and where there are large numbers of retired people who are not computer savvy, or even physically mobile, the issue of equal access is understandably a major concern. What has emerged in answer to these problems is, once again, a hodgepodge of accessible avenues for the vaccines that become available at various sites and at various times: by telephone only, by waitlist only, by on-line only, by being part of a hospital group, a VA group, even part of a limited social network that sends alerts about new locations and registrations? It is a wild, stressful competition, which makes the hunt for toilet paper, Clorox wipes and other less-important shortages seem like leisurely shopping!

My husband and I have been active participants in this craziness for the last three weeks. Working the phones — three phones between us, actually (two cells and one land-line), calling over and over again only to be met by busy signals, making former calls to the airlines or the cable companies seem stress-free. We have manned two desktop computers, each trying to log onto a site and trying, if possible, to coordinate appointment times by screaming at each other across the room. We have gotten ourselves on waitlists with weeks’ away possibility, nothing secure but forever hopeful. And we have continued to check updated sites everyday and updated listings in the paper and pursued rumor and heresay and any other avenue of gossip and information which might conceivably reveal an opportunity for Covid salvation. I even followed an inside lead from the mayor of a neighboring town who is a member of my church. (Almost succeeded with that tip, but then I hesitated when choosing an appointment time and — whoosh!All slots suddenly filled right before my eyes: 900 appointments gone in under 3 minutes.)

To say that this ordeal has been the ultimate experience of  FOMO (fear of missing out) is to put it mildly. With new strains of the virus and ever-mounting cases all around us, the stress of this pursuit has become way more than simply the stress of competition among eager consumers. This is now a drama of epic proportions, a matter of life and death.

Finally, late last Friday afternoon, we got a call from the County waitlist. Hallelujah! For a person who has a needle phobia, I never thought I would be so thrilled to hear about getting a shot (which seems to be administered more as a javelin throw than as an injection, but I won’t think about that now). We have appointments for vaccinations later this week — Moderna, which my husband keeps calling Modelo because that is his favorite brand of beer. (Funny, Corona is mine.)  Anyway, the waitlist had 12,000 names on it; the County received 4,000 doses. Good thing we got on line early on the first day of registration.

As happy as I am that we have finally secured vaccines, I am under no illusions: being vaccinated won’t put an end to all worries and we will have to remain ever vigilant about its effectiveness against new viral strains. We will have to continue to wear KN 95 masks and keep socially distant until we can feel more comfortable in the presence of others, but the vaccine does offer some hope and some peace of mind to many of us, at least for now, and that is welcome.

Everyone keeps writing about and talking about an eventual return to “the new normal,” by which they really mean a return to the “old normal,” but alas, I think the “before days” is a long-running show that has now closed forever. We, our society, and our way of life have been profoundly affected by this pandemic, and we would be wise to look at life as it is now, with all its changes and compromises, as part of the new normal we will will have to embrace.

This is not a dress rehearsal, this is a real reality show. We have to be prepared to play our parts, even as the script constantly changes.