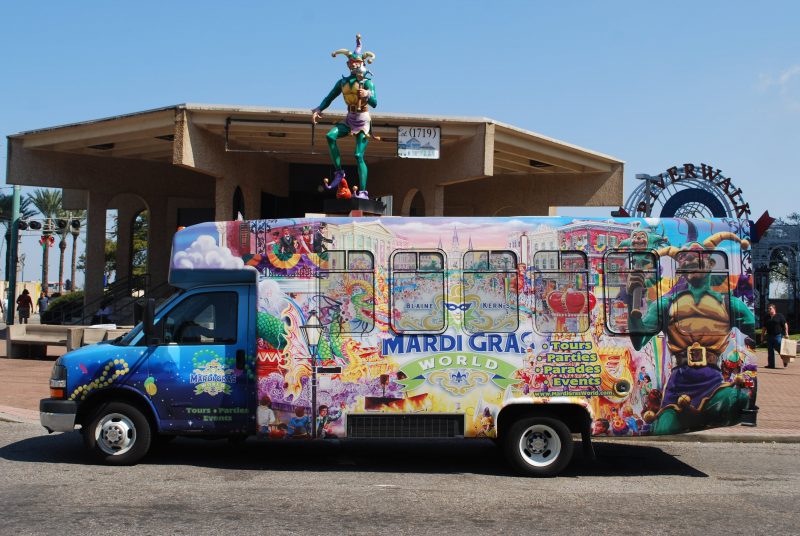 So here we are again, already at Fat Tuesday with another Lenten season of sacrifice upon us. Seems it rolls around faster and faster each year, faster than Christmas even, though mercifully, with less stress. Lent is a good time to stay home, be quiet and repent; nobody expects parties or gifts or cards, and the general mood everywhere, even among those who aren’t Catholic, is subdued. (Of course, the grey, cold days of February may account as much for the restrained demeanor as religious devotion.)

But all that seriousness starts tomorrow. For today, at least, “Laissez le bon temps rouler!  Let the good times roll!  New Orleans is at full throttle, as are all those other places that celebrate Mardi Gras (which is French for fat Tuesday). I love New Orleans. My husband and I met there fifty years ago, and we have returned often over the years; in fact, we plan to go back for a few days later next month. Every so often, I need to revisit those romantic highlights: a drink in the Carousel Bar in the Monteleon; dinner at Arnaud’s with a peak at the Mardi Gras gowns in their back-room museum; early morning café au lait and bignets  at Cafe du Monde; Sunday brunch at Commander’s Palace in the Garden District. I need to stroll the misty streets of the Vieux Carré, feel the spirits of voodoo in St. Louis Cemetery, and move to the rhythms of jazz at Preservation Hall. I need the timelessness and transport that only New Orleans among American cities can offer, the food, the music, the atmosphere. I need a break from the ordinary, perhaps these days more than ever; I need romance and glamour and relief!

Obviously, New Orleans is one of those places I’m passionate about, though I have to admit that I have never been there during Mardi Gras. I hear that the population of the city almost doubles during the few days before Ash Wednesday. Good for them and for tourism, but no thank you. The crush of crowds on Burbon Street on any routine Saturday night is enough for me. But I sure have given some fabulous Mardi Gras parties of my own at home, decorated in brassy gold, green and purple with sequined masks, ropes of beads, and French Creole menus including shrimp remoulade, Brennan’s veal grillades, King Cake and chicory coffee.

The first Mardi Gras type celebration is recorded to have been in Louisiana in 1699 a few miles from the mouth of the Mississippi River, about where New Orleans is today. These celebrations, arising out of a French Catholic tradition, were meant to mark the final days of food and drink before the fasting and austerity of Lent began.  The first Mardi Gras parade as we know it took place in 1837 in New Orleans, though the 18th and 19th centuries saw Mardi Gras festivities spread to other southern regions that shared a French colonial heritage, most notably to Galveston, Mobile, Lake Charles, and Pensacola. Mardi Gras parties, parades and balls are still time-honored traditions in many of these cities today.

This year is sort of odd, because Ash Wednesday coincides with Valentine’s Day, which is typically celebrated with champagne and chocolates, two things likely to be “given up” for Lent. Here in San Antonio, in a city that is heavily influenced by traditional Catholicism, the main focus is on the spiritual: statues in church are already covered, schedules for Lenten Masses and confessions have been posted, and re-enactments of passion plays for Good Friday are being planned. Here, the time and energy spent in “letting the good times roll” before the season of sacrifice begins is already being directed toward the bigger celebration of Easter. For the most part, Valentine’s Day is getting lost in the shuffle this year, although I have noticed that some places are advertising special Valentine’s dinners and activities for tonight.

As a matter of fact, we are attending just such “a heartfelt event” this evening at the assisted living home where my Mother lives. Given the ages of most of the residents (and of us!), this is not likely to be a very romantic, much less glittering or glamorous affair, but it marks an occasion, a holiday, another landmark in the year that a family has together. As we get older and our lives get smaller, the days blend one into the other and every day becomes just another day hardly distinguishable from the last. Unless we distinguish it.

So, whether you celebrate Valentine’s Day with hearts and flowers, or Mardi Gras with parades and doubloons, or yes, even Lent with ashes on your forehead, mark the day as special simply because you are still here to enjoy it. Laissez le bon temps rouler!