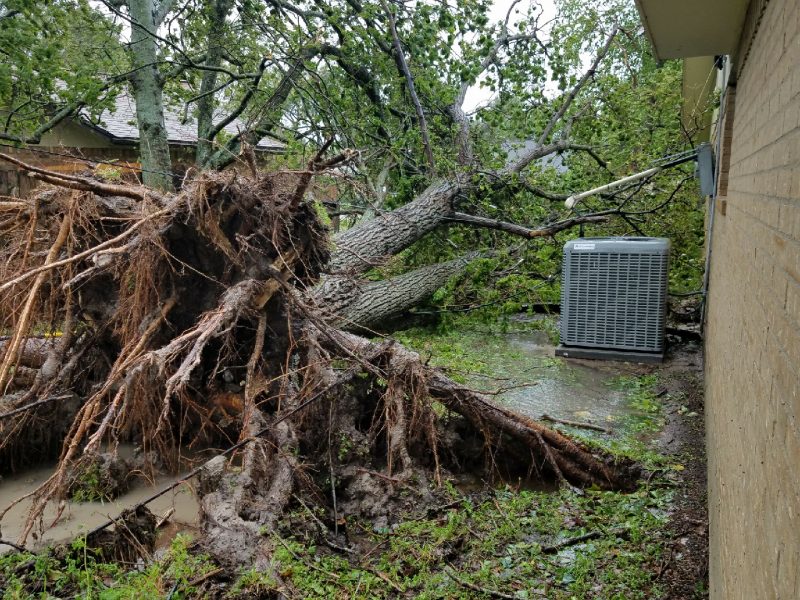 The storm hits and the drama of it all dominates the media: wind-blown newscasters hold fast to the nearest pole as they report on nature’s fury; rescue workers wade through waist-high water as they search for those refusing to leave; ravaged evacuees huddle in make-shift shelters, too tired and too terrorized to even think about what they’ve left behind.

Then, after the storm hits, the reality of what has happened settles in: friends and relatives call to see “if you’re okay;” relief organizations and FEMA set up headquarters in parking lots; the National Guard rolls in and politicians land in helicopters. Promises are made, damages are estimated, and recovery gets underway.

Except that recovery is not immediate; it is long and hard and sad and dull, and soon there are other crises, other “storms” of one sort or another, that will deflect attention and divert resources. The drama is over, as is the media coverage, and once again, people are left on their own to help themselves, to pick up the pieces and clear the debris of their uprooted lives.

So I returned to Victoria after my Mother was returned there from evacuation, to a town with power lines down, trees uprooted, roofs ripped off and piles of debris in the streets. The scene was dire, like something out of a sci-fi novel. Schools, businesses and most restaurants were closed; motels, the ones that were open, were full of evacuees from the Coast and relief workers from all over. And yes, there were those long lines for gasoline and long lines using up that precious gasoline waiting for entry into the circus-tent collection of relief agencies dispensing food and water, diapers and baby formula. I went there myself one day, in my Cadillac, to Samaritan’s Purse, to get help in clearing the giant limbs from a downed tree in my Mother’s yard which prevented me from getting electrical lines restored; the ladies at the sign-up table thought I was there to volunteer.

They must have forgotten that Mother Nature is nothing if not an “equal opportunity destroyer.” My Mother’s house had no electricity and no clean water. I spent the week mostly in my car, where I had air conditioning and wi-fi, sleeping at a benevolent neighbor’s house at night. The temperatures were in the 90s and the mosquitoes were the size of dive bombers; I washed my face with Evian and didn’t take a shower for a week. A most humbling week, certainly; gives you a whole new appreciation for the basics in life, like water and electricity.

As it happened, this was also the week when the hospital discharged my Mother, so I had to hustle to get her into a local nursing/rehab facility; of the two the case worker had recommended, only one was still standing, so the choice was easy. The day of her transfer was the longest of my life. They allowed me to drive her, so I was able to take her by her house and to let her neighbors come out to greet her. I knew that she thought , we both thought, that she might not ever see her home again. I wanted to give her a chance to say good-bye. Later that evening, after she was settled across town, I found myself back at her house rummaging through the closets and drawers with a flashlight trying to assemble the long list of required necessities the facility had given me.

So this is how our recovery goes. My Mother’s house was without electricity for almost two weeks. Her damage, while considerable, is not catastrophic, and not enough to meet the large deductible on her homeowner’s insurance: a huge tree came down and took the fence and some cables and lines with it, some shingles are shorn, debris still litters (though the goodness of neighbors helped clean most of that up), and a huge stump with roots has to be removed (see photo above).  It could be worse, a lot worse. Except for the fact that we personally have experienced the “trifecta” of health, home and hurricane events all at once, I guess I shouldn’t complain. It’s just “deja vu all over again.”

We have now entered the calm after the storm, except it isn’t calm for me. I am going to be living between two places for a while, until all this gets taken care of and my Mother gets well enough to go … where? The physical debris of Hurricane Harvey will eventually get cleared, but the emotional debris of this whole episode, happening again as it did almost 20 years ago, may remain forever. And I am not as young as I used to be.

And neither is she.