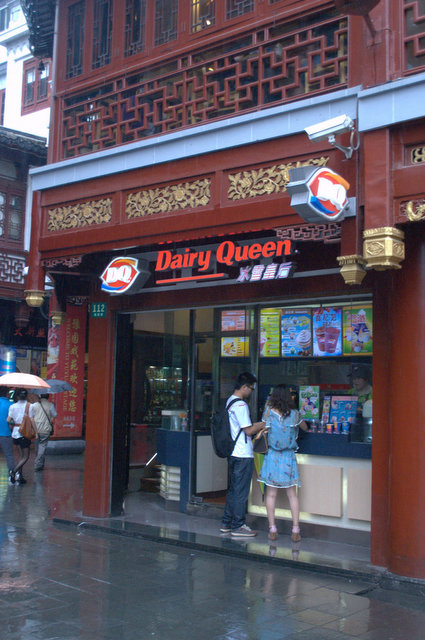 I stopped by a Whataburger the other day, something I don’t do too often, but I just HAD to have a milkshake. The drive-thru line was out to forever, so I ran inside to get it, which is often quicker. Even so, I still had to wait; seems the “fast” in fast food has become a relative term.

While waiting, I examined a wall-size photo mural of what was obviously the first Whataburger, a nostalgic picture of happy families and smiling children racing toward the familiar orange-and-white striped A-frame building. “That was our first Whataburger,” the lady behind the counter told me when she saw I was studying the scene. “It was in Odessa, Texas.” Actually, it wasn’t; the first Whataburger opened in Corpus Christi on August 8, 1950, a fact substantiated on their website.

I have always associated Whataburger with the summertime (maybe because it is always hot in South Texas), and I can vividly recall how excited I was when the first one opened, in the summer, in my hometown. It was probably sometime in the mid-to-late 1950s, and my mother drove me over there. I felt as though we had finally arrived, that my little town was now on the map because it had its very first fast-food chain restaurant (well … stand). I didn’t know at the time that it was only a regional chain, but never mind…The burgers were different from the ones I was used to from local sellers: they were much larger (5 inches) and had everything on them: pickles, onions, mustard,  mayonnaise, lettuce, tomato and even ketchup, I think. And then there were those milkshakes.

The next to arrive in town was Wienerschnitzel, which first opened in Los Angeles in 1961 and then operated mostly in California and Texas. “The Wiener,” as my friend Judy and I used to call it when we walked there from her house, sold — what else? — hot dogs smothered in chili and cheese and onions. Yum. You could buy two — somehow you always ate two — for about 25 cents; to this day, Wienerschnitzel promotes their hot dogs in meals of multiples. I just saw a sign outside one advertising six dogs and three large fries for a bargain price.

But the hands-down milkshake winner, then as now, was Dairy Queen, though they didn’t open in my town till after Wienerschnitzel did, which is curious since we have always joked that a town can’t make the roadmap in Texas until it has a DQ. Even though Dairy Queen began in Illinois in 1940, and today is owned by Berkshire Hathaway with franchises all over the US and Canada and in 18 other countries (we visited one in Shanghai, above), DQ is still thought of as a “Southern thing” for some reason. Again, must have something to do with the heat. DQ’s motto today is “Fan Food, Not Fast Food;” believe me, nothing will make you a fan faster than meeting the challenge of melting chocolate coating over a soft-serve cone on a hot summer’s day.

Of course, in the vast pantheon of fast food, nothing is more notable, more loved and reviled, than McDonald’s, whose golden arches have become not only ubiquitous in the American landscape, but recognizable symbols of American expansionism the world over. Founded in its franchise form by Ray Kroc in 1955, McDonald’s production-line approach to food preparation pioneered and truly delivered “fast” food for the very first time. In spite of its phenomenal growth, McDonald’s didn’t open in my hometown until after I had moved away (but I soon found them elsewhere).  Today The Golden Arches generate $27 billion a year serving 69 million customers a day, and I’ll admit that I’m one of them. I absolutely love the Big Mac — and I think I wear it well.

Ironically, it was the opening of a McDonald’s restaurant near the Spanish Steps in Rome in 1986 that sparked outrage by journalist and political activist Carlo Petrini, who inadvertently created the “slow food” movement with his much-publicized protest of  the fast life that fast food represented. Petrine identified the loss of conviviality and communal sharing, the abandonment of the joy of cooking, and the inability to savor a well-prepared meal as modern abominations. Now some might dismiss this as “typically Italian,” given that country’s love of food and wine and afternoon respites, but then think about it: Taking the kids to McDonald’s for dinner instead of cooking a family meal you eat together? Hitting the drive-thru and eating your own breakfast/lunch/dinner on the run all alone in your car?  Hastening the epidemics of obesity, high cholesterol and diabetes with all those oversized fries and sugary soft drinks? Fast life indeed…

Over time, the slow food movement promoted slow cooking methods, and then slow gardening morphed into the farm-to-table craze, and then slow goods (production) became defined as using artisan products, sustainable methods, being eco-friendly, green, ethical  — always with emphasis on quality over quantity. The ground-breaking book Fast Food Nation by Eric Schlosser (2001) moved the discussion beyond just food into all the related political/ethical  issues created by the fast food industry, such as marketing and globalization, agriculture and food processing, wages and working conditions, and yes, even the health of the American family.

The slow-but-sure result of all of this has been nothing short of a world-wide cultural shift to a Slow Movement, with the “slow” epithet being applied to everything from fashion— creating garments and accessories by hand or recycling vintage clothing; to media—particularly television, focused on ethical production and reduced media consumption; to parenting— less-scheduled children and the landing of “helicopter” parents; to technology —emphasis on research and reflection, rather than just speed and efficiency; to travel— immersion in a destination and staying in one place long enough to enjoy it! Whatever the subject or activity, the Slow Movement is about slowing the pace, taking the time, and paying attention.

Hey, I’ll drink to that — slowly — with a good cold glass of Rombauer chardonnay, which I promise to savor.