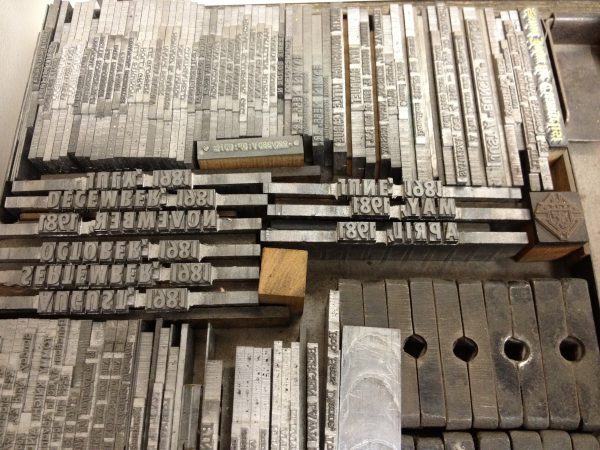 Instead of giving candy or flowers this Valentine’s Day (so clichéd and old-fashioned ), why not give a gift on the cutting edge of a new trend: a dictionary!

Yep. You read that right (ly).  For decades, English teachers have been bemoaning signs of eroding literacy: the fact that nobody read anymore, nobody wrote letters, nobody subscribed to newspapers or magazines, and nobody who spoke knew how to do so correctly. But now, suddenly, amid all the confusion and debate and hoopla over what is factual and what is not, what is implied and what is not, what is real and what is not, people yearn for something, someone they can count on to provide answers. Thus, they have rediscovered the dictionary, and are actually building their vocabularies and thinking about the meaning of words. Now who says Trump isn’t going to make America great again?

According to an article in The New York Times (February 12, 2017), the use of dictionaries, both in print and on apps/websites, has surged tremendously as people try to make sense of words and phrases currently in the news. Recently, for example, the incident in the Senate with Elizabeth Warren prompted a huge flood on the Merriam-Webster website for the word “impugn.” Nor is it only words IN the news that prompt people to run to the dictionary. Words ABOUT words in the news are educating a whole new generation in such literary terms as hyperbole, satire, oxymoron, allusion, overstatement and, of course, plagiarism. Even words clarifying HOW words are being used are helping people expand their vocabularies; on February 6, for example, dictionary.com’s word of the day was “paralogize.”

At a time when judges are suspected of bias and even the Bible is subject to widely differing interpretations, lexicography, the practice of compiling dictionaries, appears to be the last remaining bastion of impartial information gathering. Typically, editors study the origins of words and the way they are being used to determine meaning. Even when referencing social media to explore contemporary usage, the aim of lexicography is to clearly describe, rather than to dictate or evaluate, usage and meaning.

In an era of “post-truth,” “fake news” and “alternative facts,” a good vocabulary is a powerful tool, a way to get beyond propaganda and to at least identify what the issues are. Furthermore, for a generation who prefers to communicate within the confines of 140 characters, a precise vocabulary is the only real hope to convey any kind of meaningful expression. Otherwise, all is just noise, chaos and confusion, which leads to …heaven help us … just more talking heads on TV trying to dissect it all.

Words matter. “Say what you mean, and mean what you say,” I was told early on in my own journalism education. It’s a good motto for life, in general, I think, because words shape thought and thought shapes character. So give the gift of words this Valentine’s Day, beautiful words, words of kindness, encouragement, and love. Better yet, write a love letter that eschews sentimentality and truly expresses what is in your heart. Whether the recipient is a friend or family member, a lover or a spouse, sincere words from someone who cares is the only truth that really matters.

And who knows? If enough of us start writing letters regularly, we might just find ourselves on the cutting-edge of yet another trend in gift giving: grammar books!